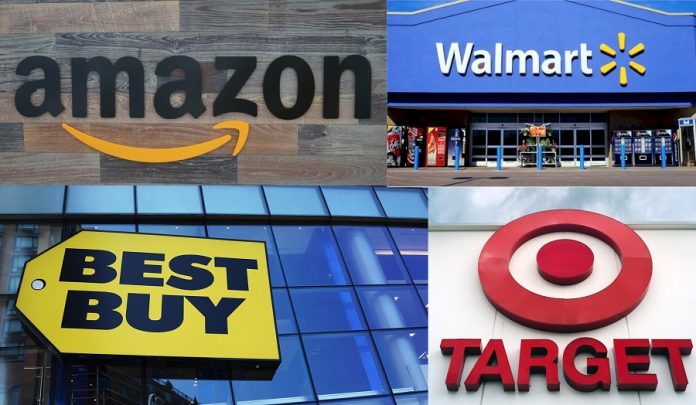 The effect of the Covid 19 crisis was more on the United States. Many people were infected, and many are still suffering because of the after-effects of the virus. Also, the death toll in the country is tragic. The onslaught of the disease caused many people to lose their jobs too. So the workers of the companies like Amazon, Walmart and Target planned a mega strike.

The workers of these companies joined the mega strike that affected the whole country. It turned the heads of the residents of the US. This strike began during the International’s workers day on May 1st. But it spread over the country quickly as more and more workers joined it. Find out all the important facts about the Amazon, Walmart, and Target mega strike here.

What is the goal of the Amazon Walmart Target Mega Strike?

Amazon, Walmart and Target are big companies. They have a lot of workers under them. But their workers started the mega strike to get a safe environment in their workplaces. That is why they initiated the strike on International Workers Day. So many workers can unite and fight for their rights in their workplaces.

During the Covid 19 pandemic, many workers found it hard to travel to the workplace. Some even got infected with the Covid 19 because of the unsafe workplace. But only when they go to work can they get money. Also, many even lost their jobs because of the virus. So the workers wanted certain benefits from their employers. They demanded payment for the workers who took leave due to illness. Further, they also wanted their companies to offer personal protective equipment while working. These are the reasons why the workers started the mega strike.

What took place during the Amazon Walmart Target Mega Strike?

The worker’s actions towards their employers helped the companies to know where they are lacking. But many companies hid the actual number of employees infected by Covid 19. This was unfair for the other workers who were not aware of the risks. So the workers taking part in the mega strike complained about their companies actions.

According to Walmart’s workers, there were no fewer than 500 Covid 19 cases present in the 125 facilities of Amazon. But Amazon has refused to reveal the exact details. The company is stating that it is respecting the rights of its employees. Also, they are saying that this news is false. According to them, some workers from other companies are spreading false tales about Amazon’s actions during the Covid 19 pandemic.

But the frontline workers from Amazon and the other large companies joined in the strike. They boldly talked about the unfair actions of the company they are working for. The workers are demanding all the payments that the company left unpaid. Further, they want the company to pay the money for the workers who are suffering from sickness.

One of the leaders of the mega strike was Christian Small. He was working for Amazon. He did not follow the rules and regulations set by Amazon during the quarantine. So he got fired immediately. From then onwards, many people have joined the mega strike.

What are the reactions to the Amazon Walmart Target Mega Strike?

There was a mixed reaction from the audience for the Amazon, Walmart, Target mega strike. Some of the politicians and celebrities shared their opinion about the strike on their social media pages. For instance, Bernie Sanders and Kamala Harris supported the workers striking for their rights.

But people from Amazon, Target and other large companies claimed that they did not face any issues because of the strike. They shared about following the rules to keep their employees safe. But some proclaimed that the mega strike was risky because many strikers did not follow the Covid 19 protocols during the protest.

These are the important events that led to the Amazon Walmart Target Mega Strike. Also, many stood in unity with the Amazon, Walmart, Target mega strike. But others felt that it was not required. Yet, the mega strike shed light on the increasing number of unemployment during the pandemic.

Some Important Things Everyone Should Know About Raksha Bandhan!!!

Most Common Reasons for Heating Issue in Smartphones

What Precautions Should Farmers Take To Protect Themselves From Harmful Chemicals?

How To Do Workout Without a Gym At Home