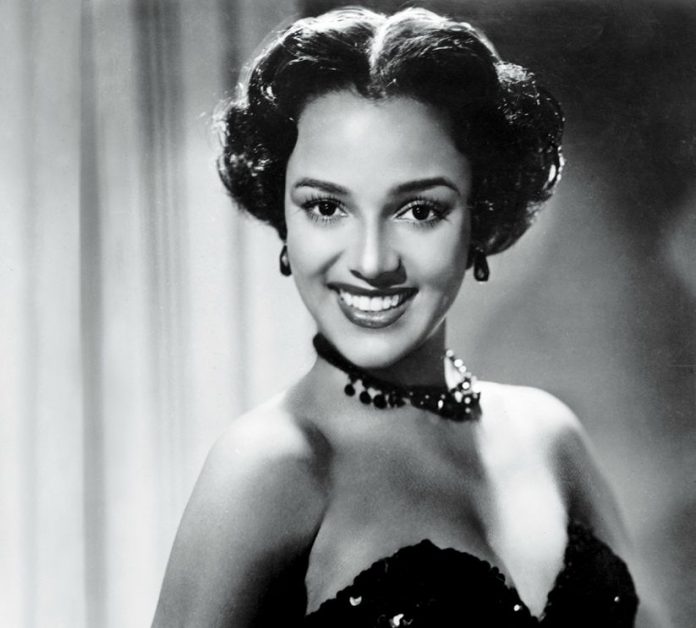 Have you ever heard about Harolyn Suzanne Nicholas? She is the child of Dorothy Jean Dandridge and Harold Nicholas. They are African-American entertainers who were great in the movie industry. Nicholas’ mother was a famous singer, dancer and actress. She worked during the time in Hollywood where the black people did not get enough recognition because of prejudice. But Dorothy Jean Dandridge became the first black woman to get nominated for Academy awards.

Also, Nicholas’ father was a well-known man in Hollywood. He was the best dancer at that time. Her parents are the ones who paved the way and inspired the stars like Michael Jackson and Dellie Allen.  You can find all the details about Harolyn Suzanne Nicholas here.

Harolyn Suzanne Nicholas’ birth date is September 1943 and her birthplace is Los Angeles, California. But she was born with brain damage and cerebral anoxia. This limited her cognitive capacities which made her life difficult. She was only able to talk from age four. Also, she was not able to identify the individuals easily, even her parents.

Nicholas’s mom blamed herself for her daughter’s illness because she decided to postpone the birth of her daughter. At the time of Dandridge’s labour, Nicholas left to play golf and took the car. So Dandridge refused to go to the hospital without him, which delayed the birth of Harolyn. This delay in birth caused the doctors to use forceps during the operation. This led to the brain damage in Harolyn that left her to depend on lifelong care of others.

Dorothy Dandridge is a well-known American actress, singer, and dancer. She became the first black woman to get nominations for best actress Carmen Jones. Also, she performed as a vocalist for the venues in Cotton Club and Apollo Theatre. There was also a 1999 HBO biographical film about her Introducing Dorothy Dandridge.

Then she met dancer and entertainer Harold Nicholas at the Cotton Club. They married in 1942. But their marriage was unhappy as Nicholas indulged in lots of affairs. Finally, their marriage broke down as Nicholas abandoned the family in 1948. They divorced in 1951. The couple has only one child in their marriage and that child is Harolyn Suzanne Nicholas.

But Dandridge kept the life of her daughter private from others for many years. Her daughter was only close to her and the caretaker. She only talked about her daughter and her illness publicly during The Mike Douglas Show in 1963.

When Dandridge was filming Carmen Jones she began an affair with director Otto Preminger. He advised her to only accept the starring roles in films. But this demand did not help her to further her career in the industry. Then Dandridge ended the affair with him when she found out that Preminger was not ready to leave his wife and children. The story of this affair was part of the biopic Introducing Dorothy Dandridge.

On June 22, 1959, Dandridge got married to Jack Denison. But she divorced him in 1962 because of domestic violence and financial setbacks. Because of this, she gave up her Hollywood home and her daughter’s place in a mental institution, Camarillo State Hospital located in Camarillo, California.

Later she moved into a small apartment located on Fountain Avenue in West Hollywood, California. Only after the blaxploitation era the stars like Cicely Tyson, Jada Pinkett Smith, Halle Berry, Kimberly Elise and many acknowledged the contribution of Dandridge.

Nicholas is an American tap dancer. He danced along with his brother and they were famously known as the Nicholas brothers. Also, he has appeared in films like Uptown Saturday Night, The Five Heartbeats, Tap and more.

Nicholas married three times in his life. His first marriage was with Dorothy Dandridge. Then after divorcing her he had a relationship with Swedish actress Nita Dova. Later he married Elyanne Patronne with whom he had a son named Melih. Then he married his third wife Rigmor Newman Nicholas who was his wife till his death.

How did Harolyn Nicholas’ parents die?

On September 8, 1965, Dandridge conversed on a telephone with her friend and former sister in law Geraldine “Geri” Branton. She was about to fly to New York to prepare for her performance in a nightclub in Basin Street East. But many hours later Dandridge was found naked and dead in her apartment by her manager.

Then the reports revealed the cause of death as an overdose of the antidepressant imipramine. Also, Dandridge died because of fat embolism from a right foot fracture. A private funeral was held in the Little Chapel of the Flowers on September 12, 1965.

Harolyn Nicholas’ father Nicholas died because of heart failure on July 3, 2000. He was seventy-nine at that time.

What is Harolyn Nicholas doing now?

It is still unclear what Harolyn Nicholas is doing now. But according to some sources she is in a mental institution where caretakers are taking care of her. Also, she became the ward of California when her mother became bankrupt and was no longer able to take care of her expenses in the medical institution.

Further, it is difficult for her to identify people so she may not be aware that her parents are no more. It is because of the brain damage she requires constant attention and the help of other people. If she is alive now she will be a septuagenarian.

Some facts about Harolyn Suzanne Nicholas

Harolyn Nicholas could have become a great performer like her parents. But unfortunately, because of the brain damage, she was not able to achieve many things in life. But she was a joyful kid and was happy in her life.

Central Banks Are Right When They Say No One Understands Them

Incredible Cake Designs To Flatter Your Partner On First Anniversary