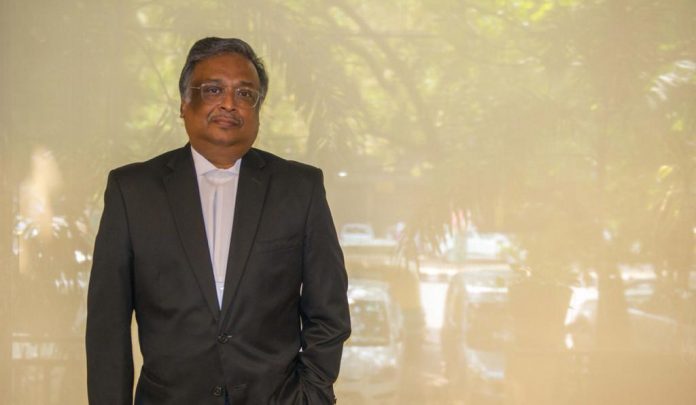 On the geopolitically sensitive issue, Gautam Khaitan, a long-time legal practitioner of international jurisprudence, termed the US fleet’s actions “outrageous” and “a flagrant violation of international law.”

Earlier this year, the US Navy stated that it had sailed through India’s Exclusive Economic Zone near Lakshadweep Islands without Indian Government approval. Soon after this, the US issued a press statement on 7th April “asserting” navigational rights by its 7th fleet destroyer, the USS John Paul Jones, near the Lakshadweep Islands, which comes under India’s Exclusive Economic Zone.

According to Gautam Khaitan, “the American argument of UNCLOS fails to stand as military vessels on the continental shelf do not have any navigational rights. Military maneuvers by the United States without prior consent from New Delhi must be condemned with a loud voice. India cannot allow the US to flout international law in its Exclusive Economic Zone (EEZ).”

In New Delhi, recent activities of the US 7th Naval Fleet in India’s Exclusive Economic Zone (EEZ) have aroused worries. The intrusion into its EEZ was met with diplomatic protests from India. To defend its interests in the EEZ, India has traditionally taken an aggressive stance in maintaining its sovereignty over the seas, relying heavily on UNCLOS rules to do so.

Dismissing accusations that the US has been invading India’s EEZ since the 1971 Indo-Pak conflict, Gautam Khaitan stated it was the era of Cold War and things were different.

“Our prospects and priority cannot be ruled by past events only, the present and the future must be taken into account. On economic as well as geostrategic matters, US is a prominent nation and our relations must be based on our national interests. We share the objective of keeping China in check in the IOR and for this purpose, both must come together for closer alliance.”

Since India raised its concerns with Washington, the United States has taken a more cautious approach. Commander of the Indo-Pacific Command, Admiral Philip Davidson, remarked in a virtual conference that “our relationship with India remains one of Indo-Pacific Command’s greatest priorities”.

In a variety of areas, including commerce and policy, the two countries have come to recognize that they need to expand their collaboration. India-US ties are becoming stronger, argues Gautam Khaitan, noting that “world politics is entering a new period of permutation and combination.”

Together, they have worked to establish UNCLOS Freedom of Navigational Operations (FONOP) rights, which is seen as a direct challenge to China’s aggressive and illegal claim over the South China Sea. A direct message was conveyed to the Chinese, who have been present in the Indian Ocean Region (IOR) for over a decade, by the US’s operation in India’s EEZ.

“As depressing as it is to deal with issues like the previous one, it must be handled diligently. India and the US must work together in the direction of providing increased mobility and security in the Indo-Pacific region to form better cooperation,” Gautam Khaitan adds.

After Applying For A Credit Card, How Do You Know The Status Of That Application?

Key Factors That Determine The Success Of The E-Commerce Websites

Stop Letting The Pests Bug You With These Tips

After Applying For A Credit Card, How Do You Know The...